Known throughout the whole of the 19th century as Calavrisi (the Calabrese), there are no actual documents that attest to it coming from that region; its origins are lost in history. It spread from Syracuse to the neighbouring areas of Avola and Pachino, until it commonly populated all the other Sicilian provinces. Over the last thirty years its grapes have been used in winemaking to produce blending wines (exported across Europe as well as to other regions of Italy). Today, however, many viticultural organisations have rediscovered its merit and potential—a process of enhancement that has made this Sicilian vine, by antonomasia, world famous.

Although present over a large part of the island, this most Sicilian of native vine varieties is more intensely cultivated in the province of Syracuse (especially in Avola, Noto, and Pachino) and in those of Ragusa, Caltanissetta, Agrigento and Catania. This vine’s incredible capacity to adapt to the specific soil and climate conditions of the island has prompted Firriato (with the exception of the Cavanera Estate on Etna) to cultivate it in all their different production facilities. Each area’s soil and climate conditions are reflected in the wines’ characteristics—wines that are the fruit of distinctive grapes with unique sensory profiles. In both the early-drinking and the medium-long ageing wines these profiles compete to bring the manifold of interpretations of this eclectic vine to the glass. Three different clones are planted in the Borgo Guarini Estate, each cultivated in keeping with the specific conditions of their three respective microclimates. This produces three great crus from this most internationally well-known of Sicilian red grape varieties. They are grown in chalky and clayey soils in the Trapani countryside between 130 and 300 metres above sea level using the espalier method of vine training with Guyot pruning techniques. The Dàgala Borromeo Estate uses this self-same production philosophy. There is no predefined version of Nero d’Avola; a set model of reference for all the vines planted and the wines they produce is simply not possible. If that were the case it would mean standardisation and lack of distinction, the very denial of territoriality. Just as there is one Sicily, many Sicilies, one Nero d’Avola is many different Nero d’Avolas, different dialects of the same language including that of the island of Favignana. There, it is grown at 2 metres above sea level, close to the sea, and exposed to the Foehn wind, making it possible to grow it using the goblet head technique obtaining a less acidic fruit.

The wine’s sensory profile in the Company’s Estates

The emotions and nuances a wine gives are a reflection of the microclimate in which it is grown. In Harmonium’s case, its grapes are grown on the Borgo Guarini Estate, with three different microclimates for each of its crus. Starting with the Ferla cru, we see that it has a lower alcohol content with evident notes of fresh fruit, while the Lepre cru is more concentrated giving well-structured tannins, and finally the Beccaccia cru is a deeper colour with notes of ripe red fruit. Individually they are already perfect wines, but on being united together they form this highly prized Cuvée. The Nero d’Avola from the island of Favignana has its own distinct profile in the glass. It has a unique structure of noble tannins against undertones of marked minerality with rich, flavourful, yet slightly saline notes refined by spicy aromas.

Bunches are medium-long and form a cone shape. The grapes are spherical presenting a bloom on the skin and tend to be dark purple in colour. 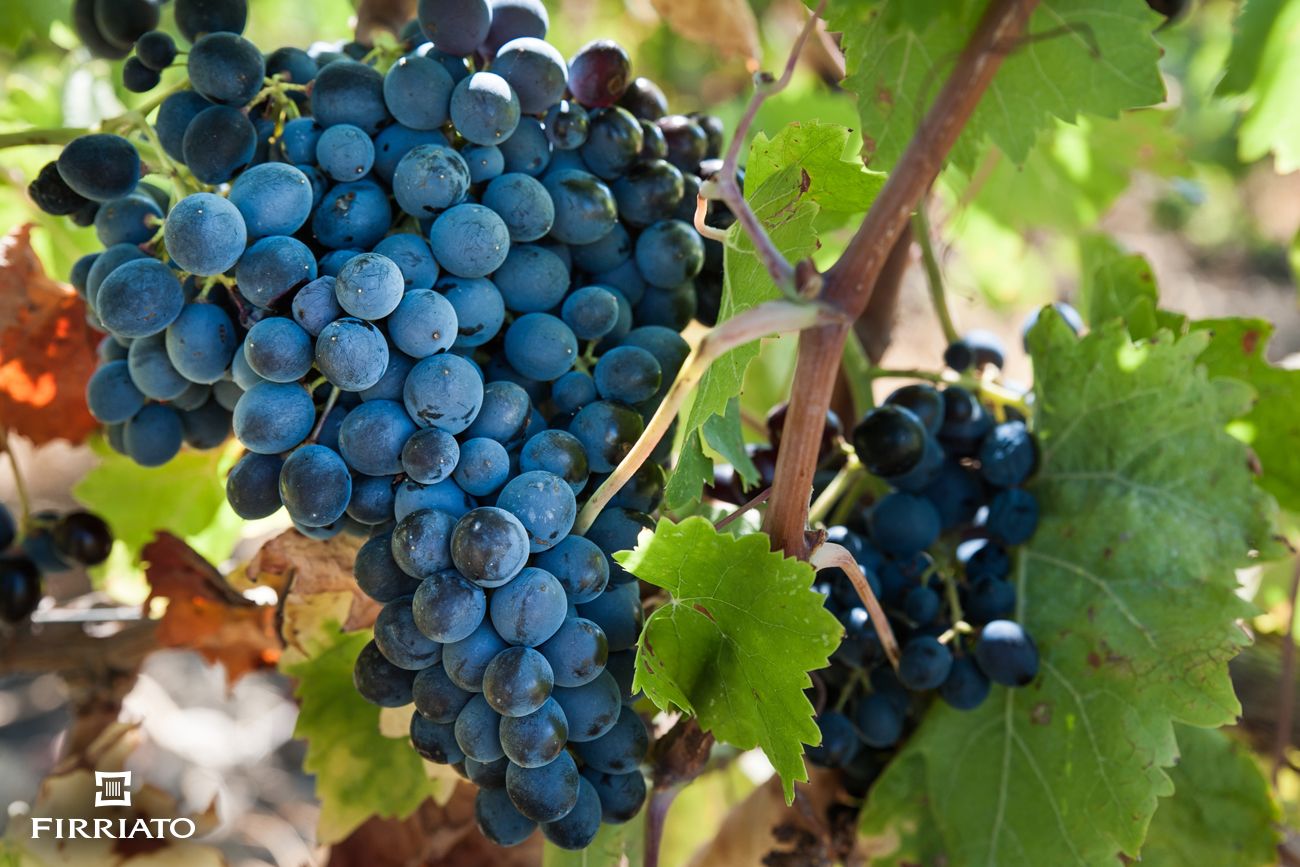