Friar and botanist Francesco Cupani was the first to mention the ͚abundance͛ of cultivation of Catarratto, in his work Hortus catholicus. Cupani traces it back to two types, Catarratto Bianco Comune (common white Catarratto) and Catarratto Bianco Lucido (shiny white Catarratto). More recent ampelographic studies and DNA analysis however have revealed that these two types are clones of the same variety. Other studies and research have also confirmed Catarratto, together with Zibibbo, as the progenitor of another white grape vine typical of the island: Grillo. At one time wine-making with Catarratto grapes gave ordinary wines. It was regularly used, blended with other grape varieties, for the production of sweet wines or Marsala.

If it is unsurprising that other regions of Italy are recorded as cultivating it, it might surprise you to know that this vine variety, which is highly concentrated in the provinces of Trapani, Palermo and Agrigento (with a presence also in the Etna area), is also cultivated, although somewhat minimally, in California. The eclectic mix of soil and climate conditions in the terroirs in which it is planted lends it an air of adaptability, such that it is even able to grow on the slopes of Etna, where it is harvested later than the western areas of Sicily.

Catarratto - The wine’s sensory profile in the Company’s Estates

Firriato’s Catarratto has a sensory profile which is quintessentially that of the soils in which it is planted. If the Catarratto of Etna gives marked mineral notes and freshness, contributing to an aromatic matrix of white fleshy fruits with rural notes in the glass; its cousin from the island of Favignana offers a tableau of pleasant and vibrant acidity, flavourful with salty inflections; while that of the Trapani agricultural area is more structured and in turn is very fruity and full-bodied.

Bunches are of a medium-large size developing in a pyramid shape. The grapes are compact and spherical, yellow in colour with hints of green. 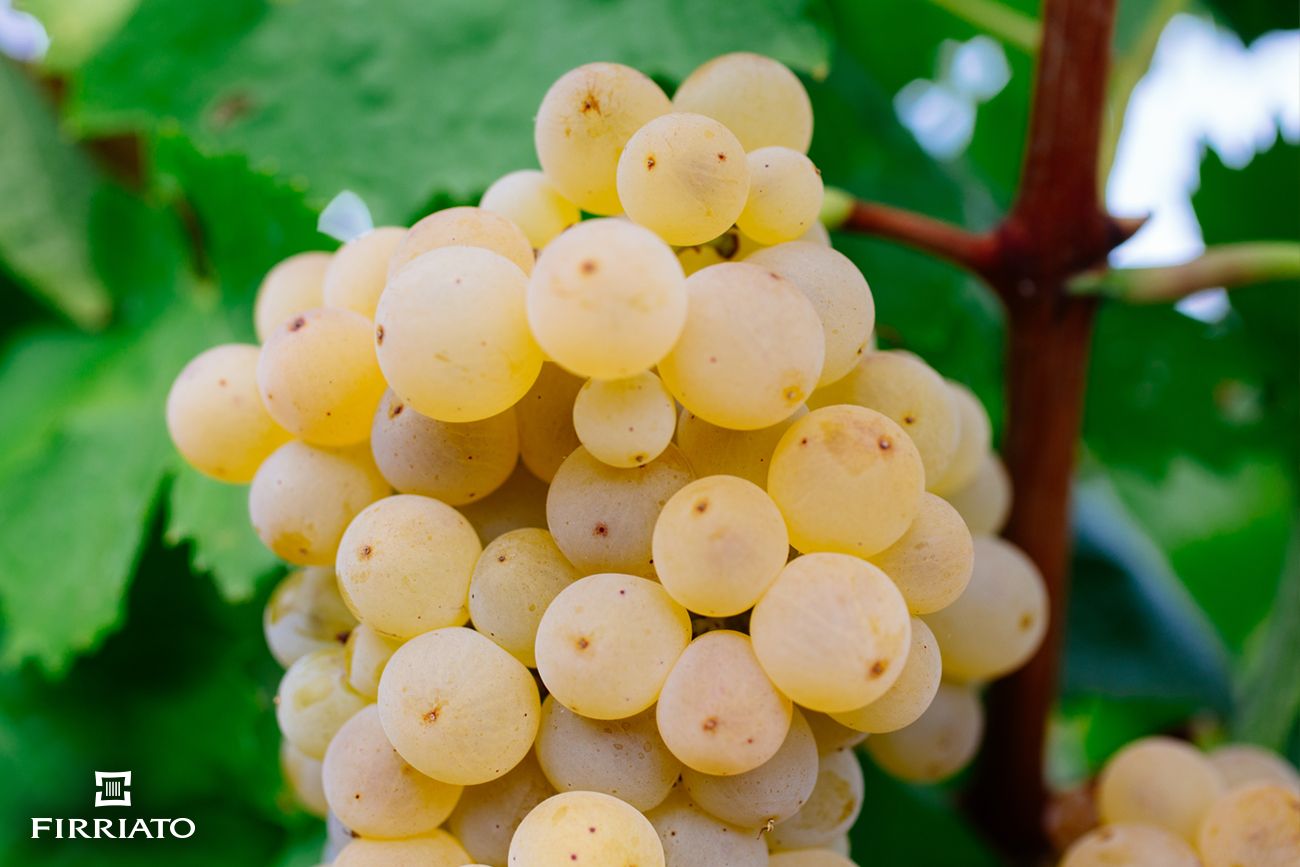