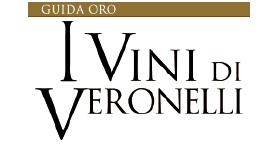 Favinia La Muciara comes from the native grape varieties of Grillo, Catarratto and Zibibbo cultivated on the Calamoni Estate on Favignana. It is a wine that reflects the spirit of this unique and extreme land. The grapes are grown at sea level, the shore lying just 10 metres from the vineyard which sits on layers of Quaternary bio-calcarenite limestone—stratified over the centuries according to the rate of sedimentation to about half a metre. Among the farming practices employed by Firriato on Calamoni, one is the use of Neptune grass as a natural fertiliser for the vineyard. The wind blows the dried leaves of this marine plant in from the sea, providing the vines with a supply of nutrients. In addition to this, the Mediterranean breeze creates a marine aerosol effect which gives the wine a distinctive saline hint enveloped in elegant aromatic notes.

In the Calamoni Estate, the excellence of the native vine varieties of Nero d’Avola and Perricone is enhanced with the sensory properties of grapes ripened in an extreme environment in terms of its climate conditions and vicinity to the sea.

Favinia Le Sciabiche is the gift resulting from the constant synergic action of the sea, wind and earth. It is the result of the great care Firriato extends to Sicilian land. The soil of the Calamoni Estate is rich in marine fossils and fish skeletons which have sedimented over the course of millennia. The extraordinary features of the terroir, in which Quaternary bio-calcarenite limestone plays a fundamental role, gives the wine an intense pleasantly saline note which together with the elegant aromas of Mediterranean scrub make for an outstandingly unique red wine, comparable to a great Pinot Noir.
TECHNICAL SHEET
WHERE TO BUY 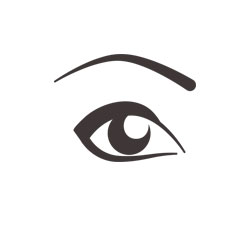 intense and compact with shades verging on purple. 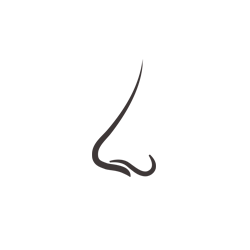 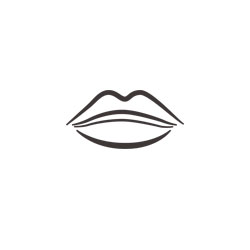 consistent, with fragrant flesh, it fills the palate with decisive confidence through a powerful structure with noble, enveloping and very fine tannins and undertones distinguished by a marked minerality and richness of flavour reminiscent of the sea. 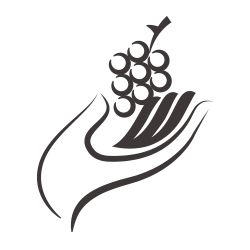 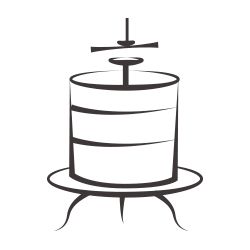 Vinification: Traditional on the skins in temperature-controlled stainless steel tanks 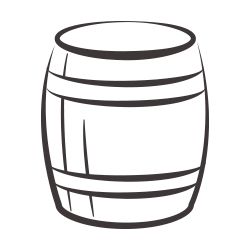 Maturation: 4 months in oak barriques and barrels and then in steel tanks

intense and compact with shades verging on purple.

consistent, with fragrant flesh, it fills the palate with decisive confidence through a powerful structure with noble, enveloping and very fine tannins and undertones distinguished by a marked minerality and richness of flavour reminiscent of the sea.

Vinification: Traditional on the skins in temperature-controlled stainless steel tanks

Maturation: 4 months in oak barriques and barrels and then in steel tanks

The Calamoni Estate lies on the central southern slope of the island, just a stone’s throw from the sea, on the narrowest part of this area of land facing the Marsala coast. The vineyard stretches over more than 5 hectares, enclosed by traditional dry stone walls.

Nero d’Avola and Perricone are two symbols of Sicilian oenology. The first is widespread across the whole of Sicily and is well-known on an international level. Perricone, on the other hand, is a variety which risked sinking into oblivion, but which has been recovered and enhanced by Firriato. These are the two native red grape varieties which go to make Favinia Le Sciabiche. Planting these two vines in a seaside terroir was the start of a challenge Firriato wanted to undertake to test the plants’ adaptability to soil and climate conditions differing from those of the Trapani agricultural area. The results have been surprising and sometimes unpredictable. A glaring example is the ripening time of Nero d’Avola and Syrah on Favignana. Unlike the estates in the Trapani agricultural area, where these grapes have different harvest times, on the island of Favignana these grapes ripen and are harvested at the same time.

The uniqueness of these factors ensures that the Favinia Le Sciabiche blend is truly a product of the vineyard. The grapes are pressed and vinified together giving the wine the elegant strength of Perricone and the intense, spicy aromas of Nero d’Avola. A treasure of a vineyard like Calamoni on Favignana could not help but produce such a unique, authentic wine that conveys the spirit of this location suspended between the sky and sea.

Favinia La Sciabiche is the red label coming from the unique vineyard of the Egadi archipelago where red grapes of the native Sicilian ampelographic heritage grow: Nero d’Avola e Perricone. The grapes are grown at sea level, the shore lying just 10 metres from the vineyard. The particular pedoclimatic context influenced by sea proximity characterizes the sensorial profile of this wine , releasing briny notes in the glass. Winds work like a “marine nebulizer” by spreading nebulized sea water in the vineyards that contributes to influence the aromatic profiles of grapes.

Viticulture practiced on small Islands is an inconceivable challenge under an effort point of view. Firriato understood the great value of Favignana’s land. Emerged lands of close geological epochs and soils riched in marine fossils represent the viticultural scenario where Firriato, for the first time in the history of Favignana, has introduced a viticulture destined to high quality wine production.
At the beginning of this agronomic challenge there was no scientific literature adivised about what vine varietal was supposed to be planted or any certainty relating possible results after vinification. An experimental viticulture impossible to find everywhere.

Firriato has perceived and enhanced all the natural aspects of the Mediterranean climate by valuing all the micro-climate elements of the vineyards, deeply influenced by the sea influence in order to produce high remarkably recognizable wines. The grape harvest of Favinia line requires grapes to be brought by traditional fisherman boats from the Favignana island to Trapani countryside.

The characteristics of vintages

The year showed to be fruitful. Either regarding the quantity, and definitely regarding the quality “very interesting wines regarding the aromatic profile” had been obtained. Because of the climate, the harvest lasted till the last week of September. The year 2013 gave a slower harvest and then a gradual maturation.

Perricone and Nero d’Avola grapes came into the winety in a perfect conditions. The vintage makes us wonder about full boy red wines particularly marked by the marine influence and silky tannins.

The vintage looks fruitful, both in quantity and especially in quality were obtained “wines interesting profile”. Because of the climate gathering lasted until the last week of September. The year 2013 has enabled a collection slower and then a gradual maturity: the harvest was delayed by two weeks.

Elegant currant shade alternating with hints of clove, tobacco and spices wrapped with fresh balsamic notes. Consistent and fragrant flesh fills with a safety through a powerful structure accompanied by noble tannins, enveloping and great elegance with a background characterized by a pronounced minerality and flavor in the memory of the sea.

The middle third of September marked the start of the harvest on the island of Favignana, a terroir that Firriato was able to exploit to its full potential thanks to its heroic vocation and the orographic features of the land that enable large amounts of healthy grapes to grow and ripen. The 2012 vintage was marked by an average climate, with high temperatures during the summer months, which accelerated the fruit ripening process.

The fruit was smaller than average in size but had sensory properties beyond expectations. Emergency irrigation systems were put in place in the vineyard to prevent plants from suffering from thermal stress on the hottest days. The Favonio wind ensured a mild, dry weather trend, protecting the vines from parasite attacks. The differences in temperature between day and night favoured optimum ripening of the bunches and an accumulation of aromatic substances in the skins.

A traditional red wine vinification process was adopted, consisting of fermentation of the must in controlled-temperature stainless steel vessels for twelve days, followed by ageing in oak barrique and tonneaux barrels for four months, with a further period in stainless steel vessels.  After bottling, the wine was aged for a further four months before being released for sale.

Elegant currant shade alternating with hints of clove, tobacco and spices wrapped with fresh balsamic notes. Consistent and fragrant flesh fills with a safety through a powerful structure accompanied by noble tannins, enveloping and great elegance with a background characterized by a pronounced minerality and flavor in the memory of the sea.

Heat the onion in a pan with a splash of olive oil. Add about 1/3 of the tuna—the leaner and darker parts (because they are richer in blood) and brown. Add the passata, about 300ml of water, and the tomato puree

Paired with Cavatelli with Tuna Ragu

Once you have made all the pasta, cook it in plenty of salty water; drain and dress with the sauce, scatter over the seasoned breadcrumbs and serve.