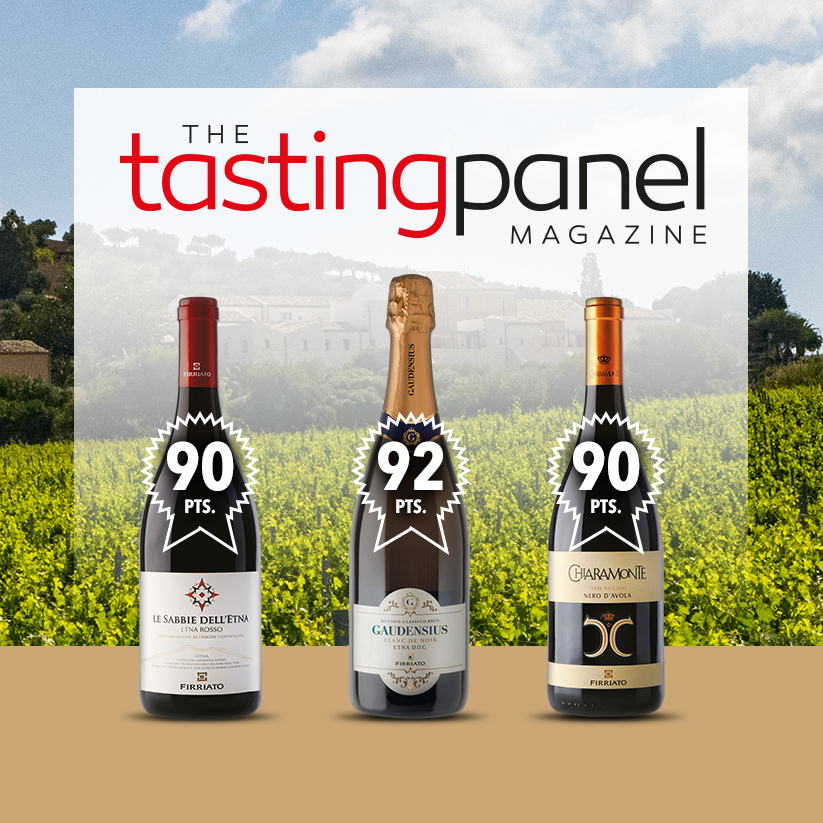 The new acknowledgments of international critics confirm the success of the Di Gaetano family’s production project, increasingly attentive to environmental sustainability and enhancing the varietal peculiarities of each vine planted in the most representative terroirs of Sicily. The Tasting Panel Magazine, one of the most prestigious American magazines dedicated to high quality wine & spirits, has awarded 94 points to the Signum Aetnae Riserva 2014, the summit of the Firriato-branded Quality Pyramid on Etna: the new cru of the Di Gaetano family, presented previewed during the last Vinitaly, it is destined to become a Super Etna, not only for the small number of bottles produced (3500), but for the ability to return the concept of complexity and elegance that Etna is today able to affirm. Still talking about the volcano, where Firriato practices mountain viticulture in five different contexts on the north-east side, success also for the classic method Gaudensius Blanc de Noir, which gets 92 points, and for Le Sabbie dell’Etna Rosso 2016, which has reached share 90 points. A similar score, finally, for Chiaramonte Nero d’Avola 2016.

But the findings of international critics, during the new year, also touched on four other wines of the Sicilian company. The Falstaff magazine, one of the most authoritative food and wine publications in the German language, awarded Ribeca 2014 and Chiaramonte Nero d’Avola 2016 respectively with 91 and 90 points, confirming the appreciation of the Di Gaetano family labels to the public of the central and northern Europe.

The Ribeca, one of the top wines of the Sicilian winery, is the result of the decades-long recovery work of the reliquary vine Perricone, of which Firriato has selected its own clone in the Pianoro Cuddia estate, in the Trapani countryside, where the microclimate favors complexity aromatic of the grapes and the concentration of intense but absolutely fine scents. Chiaramonte Nero d’Avola is an expression instead of the Sicilian native par excellence, bred on the estate of Dàgala Borromeo whose particular environmental characteristics lend themselves to shaping the modern structure of this label and its complex olfactory profile.