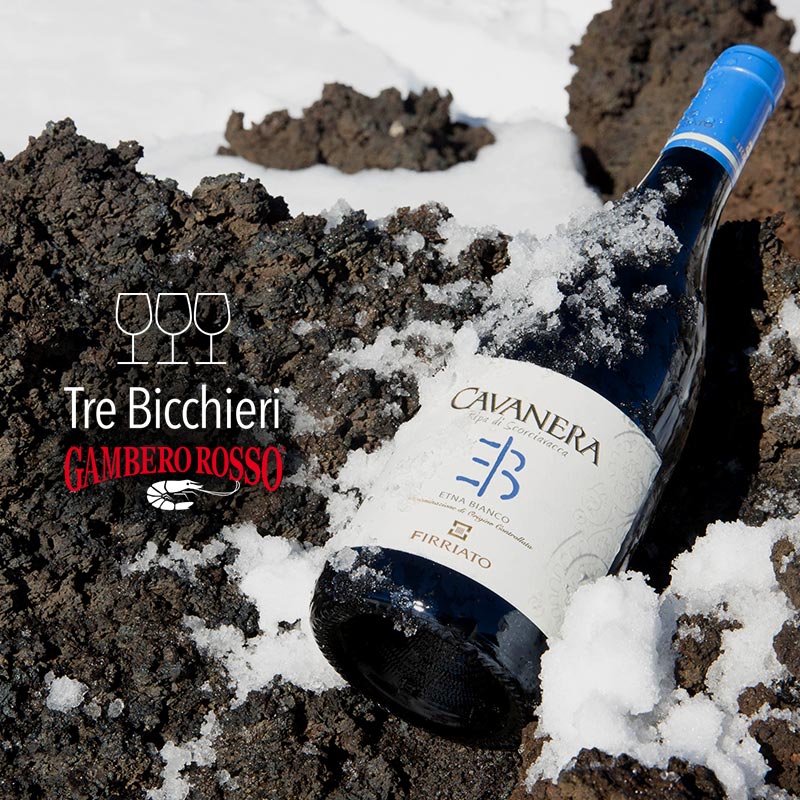 The Cavanera Ripa di Scorciavacca 2017 at the top of the great volcano’s white wines. The Gambero Rosso Guide confirms the appreciation for the wines of this so emblematic territory of Sicily, assigning the prestigious “Tre Bicchieri” award to Firriato’s Cru Bianco Etna Doc.

Still an important success for the Doc Etna and for the Firriato company which, also for 2020, captures another flattering and important result on Etna.  Tre Bicchieri – in a land predominantly of reds -up to white vine chosen by Etna, the Carricante. Among the 12 Tre Bicchieri assigned to the production of the DOC Etna, this white stands out with great personality and refinement olfactory taste which, since the first harvest of 2009, has always distinguished the Cavanera Ripa di Scorciavacca. A label that received 92 points from James Suckling and 90 points from Robert Parker remains among those few bottles – especially for whites – that can compete for these important summits. Firriato and the Di Gaetano family, for their Etna productions have already experienced this emotional experience with Cavanera Rovo delle Coturnie Etna Doc 2014, elegant red, with a rare balance between alcohol, freshness and tannins, which Gambero Rosso has placed among the Three glasses in the previous edition.

“Praying for a Tre Bicchieri sull’Etna is an immense personal satisfaction that takes on a totally different, unique flavor, when it is assigned to a white wine – asserts Federico Lombardo di Monte Iato, COO of the Firriato company – the main reason is that they are few Etna white wines that manage to boast such a prestigious score that confirms and seals the excellence achieved with the Carricante on Etna ”.

Bianco Etna Doc, the Cavanera Ripa di Scorciavacca 2017, is a prestigious wine with a strong personality that derives from a unique terroir in the Sicilian viticulture context, such as Etna. This cru comes from a single vineyard, the object of meticulous attention to the privileged microclimate it enjoys, and is the expression of the perfect union between Carricante and a small percentage of Catarratto, mainly due to the average age of the plants; it is a wine of absolute elegance, with a refined and intense bouquet, surprising minerality and freshness, prerequisites that will bring it in the near future to express an extraordinary longevity potential.

“This award supports and strengthens the company’s production choice – underlines Federico Lombardo of Monte Iato – which sees, for Firriato, the pinnacle of the quality pyramid, as well as on red wines, even for the whites of Etna, still too much sacrificed by the personality of the great traditional wines of this area. Focusing also on the Carricante – concludes Federico Lombardo of Monte Jato – does not take away from Nerello Mascalese the ability to represent the other half of the sky. The Carricante represents for Firriato the backbone of a vision of Etna that sees, as a basic choice, that of planting this variety even more in the new vineyards. Our company has always believed in the potential of Carricante as the “emblem” of Etna. Its cultivation is almost limited to the Etna area, where it finds its natural habitat “